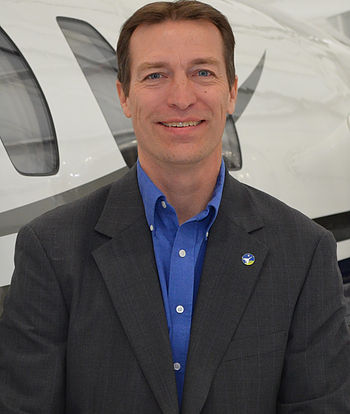 Steve has been an aviation insurance broker or underwriter since 1993. Over the past 20+ years at Wings Insurance, Steve has written several articles, testified as an expert witness in the courtroom, and was selected to serve on the Minnesota Senate aviation legislative working group.

Steve is a graduate of Kent State University, Ohio where he earned a B.S. degree in Aerospace Flight Technology. After working as a flight instructor for the university and at several flight schools, he gained employment in 1992 as an aviation underwriter for a leading aviation insurance company. In 1994 he was recruited by Wings Insurance. In August 2006, Steve purchased the company from the former ownership. Under his leadership the company undertook an aggressive and comprehensive overhaul focused around the Independent Insurance Associations (IIA) Best Practices. Steve remains directly and personally involved in the daily administration of the firm, as well as major accounts.

Steve continues to be an active pilot and flight instructor, holding a Commercial with single-engine, multi-engine land and instrument ratings and Certificated Instrument Flight Instructor license. He has logged over 4,000 hours of flight time and currently operates a Cirrus SR22 airplane for company business. 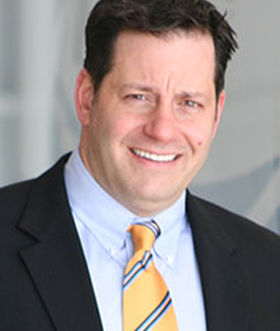 Tom Hauge brings 25 years of aviation experience to Wings and to his client base. Tom’s background includes risk management/ brokerage, general aviation and commercial airline management. Tom began his post-graduate career in his native Boston where he established an initial career in the Fortune 500 corporate world. Tom continued to fly during this time as a part-time seasonal pilot, ferrying light general aviation aircraft from the Northeastern United States to the Southern coastal states.

In early 1995, Tom left his East Coast roots behind to pursue an airline career with a Minneapolis based charter airline. His airline career spanned 8+ years with two Minnesota-based charter air carriers in Technical Operations/Fleet Management capacities. His responsibilities included directing B737-800 aircraft acquisitions and managing DC-10, B727 and B737 fleet operations. In 2002 Tom accepted a position in a risk management capacity with AON (formerly Benfield Group) as a risk analyst/reinsurance broker.

Tom was recruited to Wings Insurance in February of 2003 as an aviation broker before being promoted to Director of Sales in 2006. Tom’s primary responsibilities are the management of large commercial and corporate programs that include FBO operations and jet fleet accounts. Tom also develops new Wings business, the marketing for these programs, and assesses innovative transition training arrangements to enhance program insurability. Tom chairs the internal research and development programs designed to help transition our customers and the industry to the very light jet and owner/flown turbine business segment. Tom is also a strong knowledge resource for heavy jet, airline and large fleet operations. 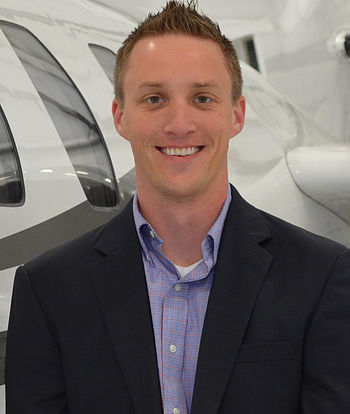 Ryan Konrath was recruited to Wings Insurance in the fall of 2012 to continue the growth of Wings Insurance in existing and new markets, including but not limited to Corporate Fleets, FBO’s & Flight Schools, Ag-aircraft, and Unmanned Aircraft Systems.

Ryan's primary focus is establishing new relationships with Clients and developing and strengthening relationships with existing Clients. He is an active member of many Owner Groups and travels year round to see clients and conventions. Ryan was promoted to Wings Insurance's Aerial Application broker in the spring of 2014 and handles all Aerial Application accounts. Additionally, he is involved with managing some of Wings largest aircraft fleet & FBO accounts.

After high school Ryan attended the University of North Dakota in Grand Forks, ND. During his time at UND, Ryan not only was a commercial aviation student but was a member of the Division I football team as a wide receiver. Ryan was recognized for not only his play on the field but his ability off the field as a teammate, leader, and member of the community with several awards throughout his career on the gridiron.

Ryan began his post-graduate career working as a Flight Manager/Lead Flight Instructor for the University Of North Dakota John D. Odegard School Of Aerospace Sciences. In this role he was directly responsible for hundreds of instructors, undergrad students, and Air China Airlines employees. He also was an FAA approved Check Instructor for the university along with his responsibilities as a flight instructor. In 2011 Ryan decided that he wanted to pursue his childhood dream of being an airline pilot and was hired by Pinnacle Airlines as a First Officer on the CRJ-200 Aircraft. 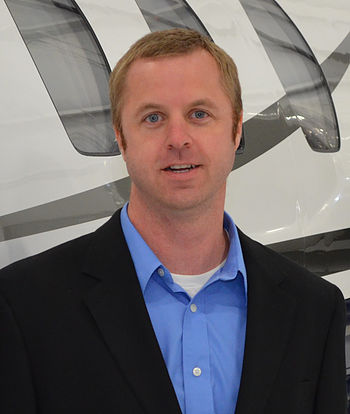 In 2010, Jeff was recruited to Wings Insurance and is a Senior Account Executive. His responsibilities at Wings include management of key commercial and corporate accounts, contract review and oversight, as well as sales support. He also maintains supervision on complex international and London insurance placements, domestic insurance contracts and quota-share placements. Jeff also continues to operate the company Piper Turbo Saratoga for company business.

Jeff brings a very diverse aviation background to Wings Insurance. He began in the industry as a teenager, working at a FBO as a lineman and performing airport maintenance. During this time he completed his flight training through the commercial multi-engine ratings and began flight instructing as a certified flight instructor. Over the past couple of decades he has provided over 4000 hours of flight instruction to clients across the Midwest.

Before joining the team at Wings, Jeff developed the flight instruction programs as a Chief Instructor for multiple flight schools in the Twin Cities. It was his role as a Chief Instructor that gained Jeff his first experience with Wings Insurance while securing coverage for the school as well as clients that were purchasing their first aircraft.

In addition to practical aviation knowledge, Jeff has a background in business. He graduated from the University of St. Thomas with a B.S. in Management. He has been able to use this to manage FBOs and maintenance departments. 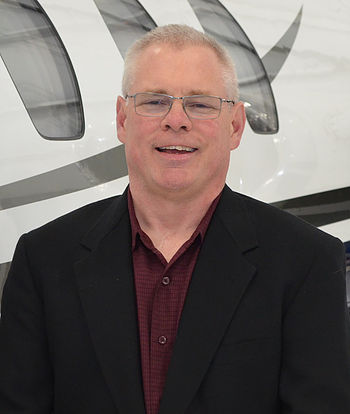 John is the CFO for Wings Insurance and joined the company in 2010. He is a highly motivated financial executive with over 25 years of experience in positions of increasing complexity and responsibility. John is responsible for all of Wings accounting, HR and IT functions.

John truly understand that the customer is number one. He is always willing to assist customers in understanding or financing their premium invoices.

John is a retired Major for the North Dakota Air National Guard and also served for four year in the active duty Air Force. He resides in Maple Grove with his wife and two sons. His hobbies include fishing, hunting and camping.

Our Service and Support Team

Team members focus on accurate and knowledgeable answers coupled with rapid response time.  Wings upholds some of the strictest customer service standards in the industry.

Report A Claim
Get A Quote